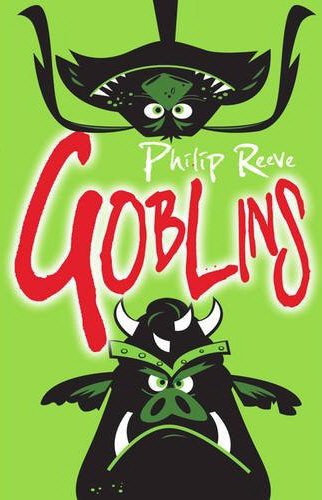 Laika Entertainment’s output, being stop-motion and all, requires a lot of manpower and even more time — it’s why they can’t follow DreamWorks or Pixar put out one a year — but they do like to think ahead. With ParaNorman hitting in less than four months, for example, they’ve already optioned a children’s book, Wildwood, the kind of material that could be perfect stomping ground for this Oregon-based team. (If only because it sounds slightly creepy, atmosphere is crucial, and the aesthetics of the original work even translate to their own stylistic tendencies.)

Now, Variety says they’ve picked up the rights to Philip Reeve‘s book Goblins; Mark Gustafson, who did animation direction on Wes Anderson‘s Fantastic Mr. Fox, is helming for the studio. True to Coraline and ParaNorman, Goblins will revolve around “Skarper, a clever young goblin who lives among his ill-mannered bretheren in an ancient castle,” named Clovenstone. Life is well and good in the goblin castle, but he soon becomes aware of a new power ready to strike, “trolls, giants, cloud-midens, boglins, swamp monsters, tree-warriors and bloodthirsty goblins” among them.

Laika’s president and CEO, Travis Knight, gave his own two cents, calling the story “fantasy with bite” — and, while that alone should be worth our time, I’m plain old excited to see how they communicate a different world by way of their incredible technique. Sadly, a release date hasn’t been scoped out quite yet, and with Wildwood arriving in 2014, this one may take a while. Be patient and buy the short book in the meantime.