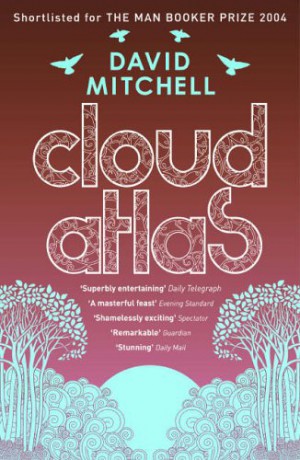 ‘Cloud Atlas’ Gets A Budget Cut As Production Plans Are Announced

We had heard last month that the Wachowki siblings and Tom Tykwer collaboration, Cloud Atlas, would be the most expensive German production of all time, with a reported budget that’s somewhere between $100-120 million. That number has gone down, with THR (via /Film) providing a quote from financier Filme X’s head, Stefan Arndt, who says that it will be “definitely lower.” How much lower? That’s not being said, but I don’t think the drop would be too significant; the star power here is enough to carry some real coin.

What’s more interesting is the reveal of how the two directing units will be working — it turns out that their duties will be separated. THR thinks that the siblings will direct the futuristic segments, and Tykwer is handling the period material; considering their respective careers, that makes sense. The David Mitchell novel upon which this is based spans six different time periods and main characters, which has led to more than a few people deeming it unadaptable. Maybe dividing it up among directorial parties will make the task seem less herculean, and if Tom Hanks, Hugo Weaving, Ben Whishaw, Halle Berry Susan Sarandon, Jim Broadbent, and Bae Doona all play different people in each segment, then they should get to direct all of the actors, possibly just in different quantities.

My big concern is that the breaking up of the creative forces into different groups will create a disparity in tone. Perhaps that’s the idea, but Mitchell praised the script for its ability to “link the six worlds with characters, causes and effects,” which I don’t want to be lost here through totally different styles on display from segment to segment. But, I don’t know too much about what they have planned — this is just being learned now — so I’ll hold off on any worries for the time being, and just get excited that a big studio like Warner Bros. is actually going to release a crazy project such as this.

Production on Cloud Atlas will commence next month, and the film will hit theaters in late 2012.

Are you excited about Cloud Atlas? How do you feel about these methods being employed for shooting?