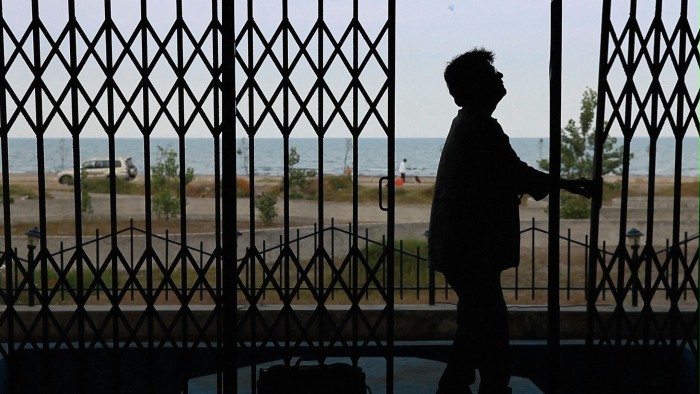 Excuse what sounds like hyperbole when I say, with nothing but the utmost sincerity, that there will be no release this season more important than Closed Curtain, Jafar Panahi‘s spiritual successor to 2012’s made-and-transported-in-secret This Is Not a Film. While abandoning the documentary approach so essential to that picture’s fabric, our rave review, posted last year, indicates it circles (ahem) back to the self-reflexive territory mined in 1997’s The Mirror — fitting for what’s “simultaneously a cry for help and a zealous statement that, given his current living situation, filmmaking is the only thing Panahi has left.”

It’s finally receiving a limited stateside release, courtesy of Variance Films, and there is now a trailer to advertise the occasion. As a surprisingly bouncy (yet frustration-driven) piece of marketing, it does an effective bit of selling — first on the bizarre circumstances by which its creator is bound, then, more traditionally, through the gorgeous imagery composed with co-director Kambuzia Partovi. (A quote from this site’s linked-to review can’t hurt, either, if we do say so ourselves.) Based on everything we’ve seen and heard up to this point, it seems Closed Curtain cannot be ignored.

Watch the trailer right below: Are you encouraged by the notices on Panahi and Partovi’s picture?