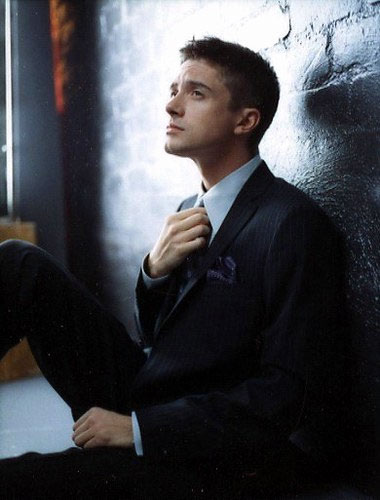 After impressing with films such as Your Sister’s Sister and Promised Land, Rosemarie DeWitt has been offered her obligatory jump into horror with a remake of Poltergeist. Coming from Gil Kenan, who helmed the Steven Spielberg-produced animated feature Monster House, the actress is the top choice for the role, according to Deadline

Based on a screenplay by producer Sam Raimi and one of his Oz the Great and Powerful writers, David Lindsay-Abaire, the concept follows a down-and-out Eric Bowen and his family who relocate to a new town to start anew. His daughter, Madison, is abducted and in the new version, Eric’s wife, Amy (presumably DeWitt), can communicate with the dead. Expect additional casting soon for the film gearing up to shoot this fall. In other casting news, the surprises continue with Christopher Nolan‘s Interstellar ensemble. Right after John Lithgow and Ellen Burstyn lined up roles, Deadline reports that none other than Topher Grace is next in line for the cast. Of course, nothing is known regarding his role, but it’ll be his first major studio tentpole since Predators.

Scripted by Christopher Nolan and his brother, Jonathan, Interstellar uses ideas originated by physicist Kip Thorne to weave a “complex and multi-layered” story of “a heroic interstellar voyage to the furthest borders of our scientific understanding.” The rest of its assembly is, at this point in time, filled out by Matthew McConaughey, Jessica Chastain, Anne Hathaway, Casey Affleck, Michael Caine, Bill Irwin, Timothée Chalamet and Mackenzie Foy. A release is expected to occur on November 7, 2014.

What do you think of these new casting additions?