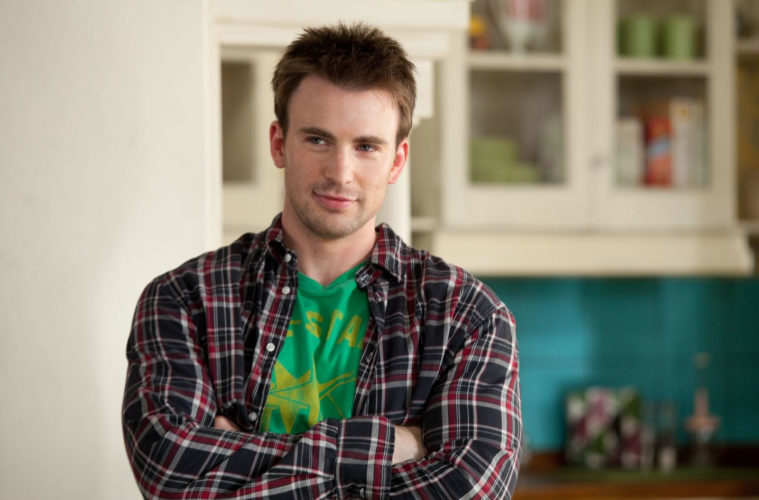 Chris Evans‘ stock raised a good deal this past year with Captain America: The First Avenger, and, for his own good, he’s reprising the same role in just a few months with The Avengers. But those fun, mildly diverting efforts aren’t really what he wants to be doing — I mean, the best performance Evans gave last year was in a film nobody saw.

So I give him a ton of credit for stepping outside the box a little more, with Variety reporting that he’s in talks to lead Bong Joon-ho‘s English-language debut, Snow Piercer. Written by the Mother helmer and producer Park Chan-wook, the post-apocalyptic story — an adaptation of the French graphic novel Le Transperceneige — follows “a group of people on a train without a final destination, struggling to survive after the end of the world brings on a cataclysmic ice age.” It’s been said that this would require a large, ensemble cast of travelers; that might still hold true, but they’re clearly aiming big at the outset.

A previous report said that Song Kang-Ho would be leading the picture, though an English-language debut with Evans on board might be going in a different direction; pin that statement on intuition. (And the comment that Piercer is “drawing the attention of handful of top-tier Hollywood talent.”) But other leads aren’t the focus here — Evans is, and I know he’d be a stellar choice. Charisma, timing, looks — whatever you want to categorize a movie star with — are things he’s got in doses, and I love that he’s using it as a way of setting up projects that are smaller (and more interesting) than just another superhero movie. Moho Films. Production are producing for a March shoot, on a budget of about $35 million.

Variety also reports that a fellow superhero alumnus, Jeffrey Dean Morgan, has signed for The Rut, which is set to be directed by Karyn Kusama and feature his Texas Killing Fields co-star Chloe Moretz. Kevin Caruso‘s script — cited as “a cross between ‘Winter’s Bone‘ and ‘Into the Wild‘” — centers on “a teenage girl who aims to win her father’s approval by surrounding herself with danger and adventure as she journeys into the wilderness alone to hunt deer.” You can probably figure out who’s playing who. Aaron Magnani of Water Bear/Aaron Magnani Prods. will produce alongside Kusama and Martha Griffin.

I’m hoping that Morgan — an actor who’s enormously talented but often stuck in bad films — can get something substantial on his hands here, and that good material is what attracted him in the first place. It definitely sounds as if The Rut is more Moretz‘s show — which, really, I don’t mind — though I’d love for him to get another Comedian-like performance in his line of sight soon. I’ll keep waiting.

Are you optimistic about either starring role? Would you like to see Evans and Morgan take up these respective projects?