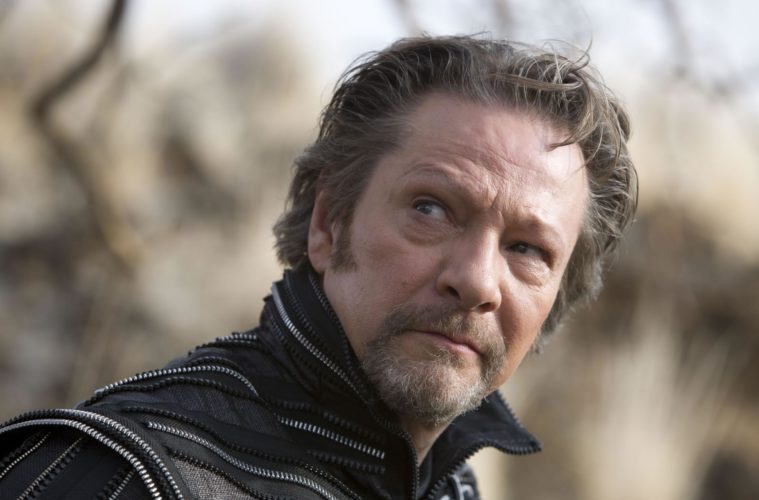 Some of the finest scenes in Spike Jonze‘s Adaptation — and, man, is that a movie just brimming with fine scenes — are simple exchanges between Chris Cooper and Meryl Streep. (Exhibit A, ladies and gentlemen of the court.) The opportunity to dig into Charlie Kaufman‘s dialogue is, admittedly, enough for most actors, but I’d contend their pairing was still an absolute masterstroke; so much so that one of the decade’s most inventive films really depends on it.

You could say I’m pleased as punch (sorry) to read they’re probably getting back together, as Variety reports a reunion might take place on August: Osage County, the quickly-developing drama that also stars Julia Roberts. (A previously-rumored Andrea Riseborough has reportedly passed on account of scheduling issues.) John Wells — for whom Cooper starred in The Company Men — will direct the film, based upon Tracy Letts‘ play, which revolves around an Oklahoma family reuniting after the disappearance of their patriarch.

Should the actor sign, we can anticipate his turn as a brother-in-law of Streep‘s character — the bitter and pill-addicted mother, Violet — and, of course, brother of the missing party. Having not seen the stage production — and, therefore, not knowing quite enough about August: Osage County in general — I, as a Cooper fan, can only say this is likely a wise choice.

George Clooney and Grant Heslov will, through their Smokehouse Pictures, produce for The Weinstein Company, who hope to begin production in the fall and open August during the 2013 awards season.

Does Cooper bring something “extra” to August? How has the project been shaping up, in your eyes?