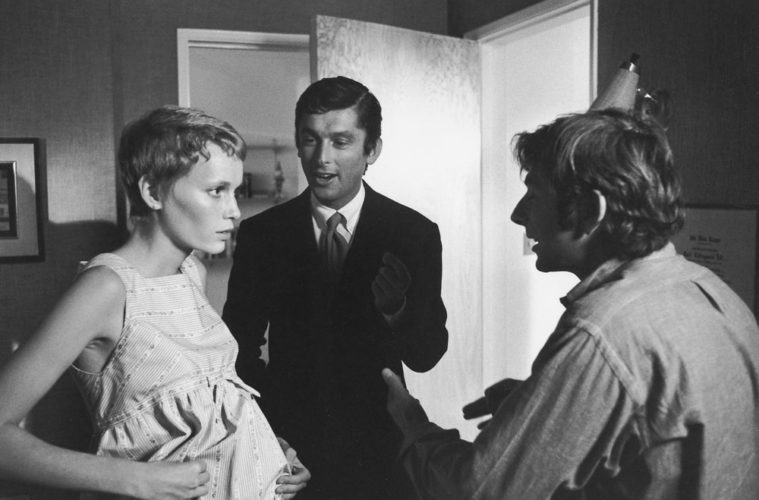 No matter what the past decade-and-a-half would lead you to believe, there was once a time when formally daring, thematically uncompromised movies were freely given large-scale openings during the summer season; this being in mind, it may still surprise that, 45 years ago today, Paramount Pictures released Rosemary’s Baby and irrevocably altered the face of mainstream horror. As this writer’s January rewatch fully confirmed, Roman Polanski‘s best films still leaves a mark: for every piece that might (if not even certainly) resonate as outdated, there are numerous which carry as great a psychological and societal relevance as they did in 1968.

For its anniversary, a unique behind-the-scenes glimpse is available: Mia and Roman, photography Shahrokh Hatami‘s account of time spent on the film’s set, making for a document of both the production and glimpse at its social environment. A few moments will bear reminders of Vivian Kubrick‘s seminal Making the Shining, in that regard, but the piece at hand was constructed in such a way as to stand on its own from all featurettes, the most generic form of film-related production known to man.

Before, this evening, you watch the Criterion Blu-ray of Polanski‘s movie (currently on sale), the documentary can be viewed below:

Did this documentary enlighten you to Rosemary’s Baby? What’s your favorite aspect of the film?