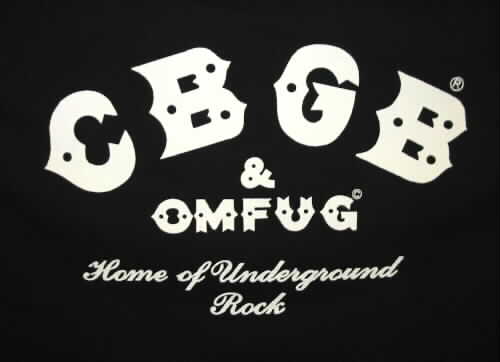 Those working on CBGB have wasted no time in compiling their supporting players. We’ve seen the main actors (Alan Rickman, Rupert Grint, Malin Akerman, Joel David Moore, and Stana Katic) jump into the fray over these past two and a half weeks, but today has brought seven (seven!) new performers into the historical music scene fray. First, THR informs us that Foo Fighters drummer Taylor Hawkins will take on the legendary Iggy Pop; Deadline says Johnny Galecki (The Big Bang Theory) is appearing as manager Terry Ork; and Variety reports that Mickey Sumner (The Borgias, Imogene) will play singer Patti Smith.

Additionally, Steven Schub (24, Chicago) will play DeeDee Ramone; Evan Alex Cole (She’s Out of My League) is appearing as Richard Hell; Kerry Bische (Red State) has been cast in the part of Mary Harron (some research indicates that this is, in fact, the American Psycho director); and Peter Vack has signed as Legs McNeil.

Randall Miller (Bottle Shock) is directing the film — one he co-wrote with Jody Savin — itself an account of Hilly Kristal‘s (Rickman) adventures in creating the iconic rock venue, which gave a platform for numerous New Wave and punk bands that would rise to prominence in the ’70s and ’80s. Akerman is, appropriately, playing Blondie, and Grint will make one of his first adult performances as Dead Boys guitarist Cheetah Chrome. (That historical flavor is reflected in some of today’s casting, all of which is fairly solid from top to bottom.) Shooting on CBGB will begin at the end of this month.

If ’80s tunes aren’t your scene, this next topic might be a better suit for yourself. Variety informs us that Walter Strafford‘s indie drama Kilimanjaro has landed comedian Jim Gaffigan, Diego Klattenhoff (Homeland), and Chris Marquette (The Girl Next Door, Fanboys) for supporting roles; Bruce Altman, John Cullum, Val Emmich, Adam James, and Henny Russell are also in line to appear, though almost none of their characters have received proper descriptions.

Brian Geraghty (The Hurt Locker) is starring as a man whose recent breakup leads him to climb Mt. Kilimanjaro with a close friend (Marquette), but is soon inundated with all kinds of trouble in the meantime. (Abigail Spencer will also appear, playing a receptionist the protagonist has a crush on.) We can expect production to commence sometime this week.

Does either film stand to improve from these large additions?