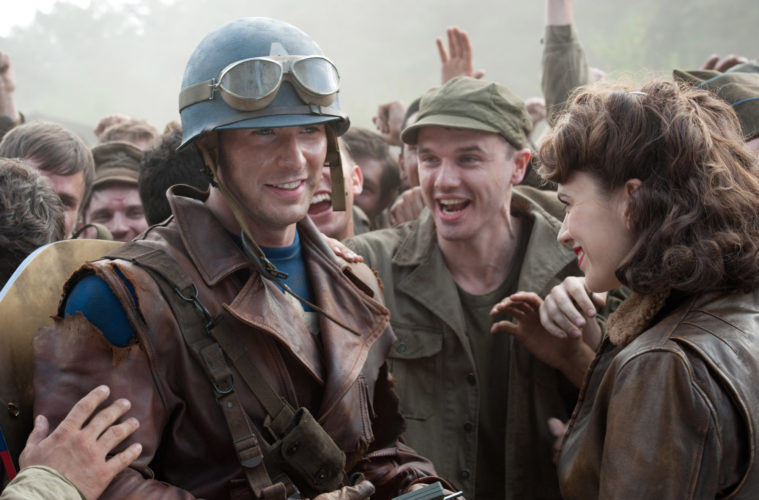 Captain America: The First Avenger is a big superhero blockbuster, so, naturally, it’s having a sequel developed more than a month before the movie has even been released into theaters. Writers Christoper Markus and Stephen McFeely spoke to ScreenJunkies (via ThePlaylist) about the follow-up, where they offered up some new information on how they’ll deal with the period setting of the first movie when writing the second.

It’s a topic of discussion because one of the more interesting things about Captain America happens to be that period setting, which is still an unusual thing for a superhero movie to have — even with the release of X-Men: First Class earlier this month. Many of us have assumed that this would have to be sacrificed for the sequel, as Captain America will be seen in The Avengers next May, and that takes place in the modern day. Kevin Feige, Marvel Studios’ President of Production, even confirmed that this would be happening. When asked about the issue (if you can call it that), McFeely said the following on the hero returning to World War II:

“Well, our hope is that there is room and we’re negotiating how to do that now. The story will likely be in the present day. We’re experimenting with flashback elements for more period World War II stuff. I can’t say much more than that but we made it baggy enough to refer to more stories in the past.”

He also said that room for flashbacks to that time were made in the first film’s script by creating certain gaps, with him having had “more adventures than just the one you’re going to see in the movie.” In what should come as a surprise to nobody, however, they don’t know who the villain will be at this time.

I’m glad that the World War II setting of the first is being preserved for the second installment, as it looks like one of the best parts of the movie. That much being said, they do have to be careful; flashbacks are a tricky thing to handle in any work, as they can easily distract from the central story or create plot holes that wouldn’t have otherwise been present. The best usage of them so far has probably been The Godfather Part II, but those mostly worked so well because they thematically complimented the main plot of that film. I’m not exactly expecting a second Captain America to be on par with The Godfather Part II, but it might not be such a bad idea for them to take some notes from that movie when crafting the flashback elements of their next script.

Are you happy Captain America will still have scenes in World War II for his sequel?