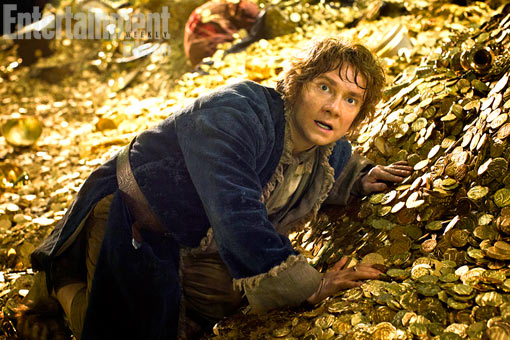 Bryan Singer May Take Up 48fps for ‘X-Men: Days of Future Past’; First Look at ‘Desolation of Smaug’ Despite Peter Jackson‘s months-long promise that you’d like seeing The Hobbit in 48fps, reactions to the complete process have been none too kind. (The finest basically argue that it could be great in a few years’ time.) Not everyone is negative and willing to just brush it off, though — Bryan Singer being among the vocal few. After (innocuously) tweeting about “some serious frame rate envy” inspired by the Middle-earth adventure, the two directors’ mutual star, Ian McKellen, has indicated that such a mention might expand in big ways.

During a junket interview for An Unexpected Journey, Magnalf coyly hinted that Singer is “very enthusiastic about the new technology, so whether we’ll be filming X-Men in 3D and 48FPS, we’ll find out” — followed by a wonderful “hmm.” That’s not a huge deal of information to go off of, but, coupled with the director’s own tweet, I think the quote should count for something. Of course, both he and the studio may balk when further reviews continue to lambast 48fps, particularly if that impacts the format’s box office showing. One week from now should tell.

The actual video can be seen below (via FirstShowing):

In news more directly concerning The Hobbit, EW have delivered the first shot from next year’s installment, The Desolation of Smaug. Since we were granted a peek at the third film just yesterday, it’s time to jump one film and seven months back to peek at a huge, shiny hint of what’s to come next, and a reader of Tolkien‘s should smile. As they’re more than aware, this shot of Bilbo (Martin Freeman) crouched on a pile of gold whilst looking upward in fear would indicate the presence of its titular, fire-breathing villain — which means Benedict Cumberbatch is on the way. Is there any anxiety about how 48fps might impact Singer’s film? Does this shot leave an impression?