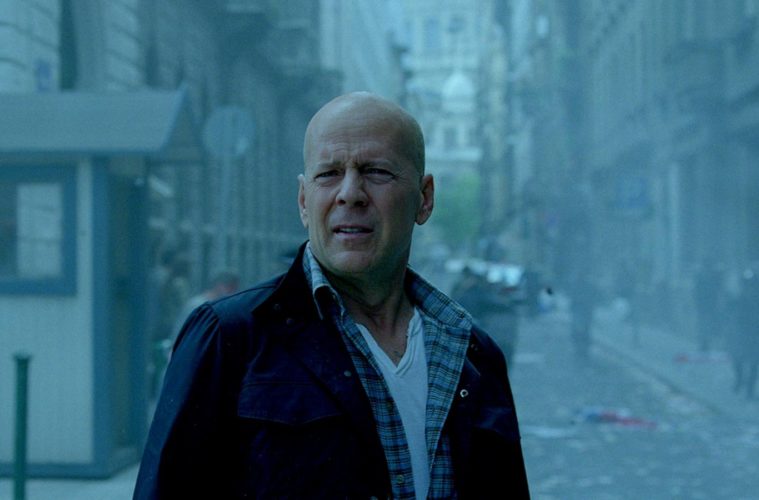 Bruce Willis Surprises No One In Confirming Sixth ‘Die Hard’ Being both the newest chapter in one of modern cinema’s only consistently popular action franchise, and, I should add, a winter release with little competition, A Good Day to Die Hard ought to make back its budget with little trouble. And, as they’ve since established that Live Free or Die Hard wasn’t, as some then thought, a quick return with nothing more to follow, who’s to say this can’t all be part of some new, modern trilogy that only needs one more entry? I mean, past me making up the concept just now.

Anyway, the idea of Die Hard 6 has never been even remotely off-kilter, so it’s only fair that Bruce Willis confirming it is met with some simple acknowledgement. While on BBC’s One Show (via BleedingCool), the hosts asked about the very prospect, a mention of as much leaving the actor “[looking] pretty pleased,” then causing him to simply say “yes.” Quick, straight, and directly to the point — just as any good Die Hard film should be.

We can’t glean much from that simple question and even simpler answer, although he had said, in the fall of 2010, that a sixth entry would be his last time out with the character. Notwithstanding the big chance that thoughts on this matter have shifted since then, Willis clearly explained that aging will hold back John McClane from perpetually stopping terrorists; so, if they hoped to continue that franchise, it’d be possible to “find a replacement for me or call the character someone else.”

Is there, now, an opening of the door for Jai Courtney? Much of that, I imagine, depends on how audiences receive his turn as an action star, in addition to how he might hold up against the star himself. (For the sake of gauging and whatnot.) This writer is confounded as to how you’d actually move forward without Willis starring, but, I don’t have a financial stake in the Die Hard series, either.

He isn’t going anywhere for the time being, since A Good Day to Die Hard will open on February 14th.

Is there any reaction to the prospect of a sixth Die Hard? Surprise doesn’t apply.