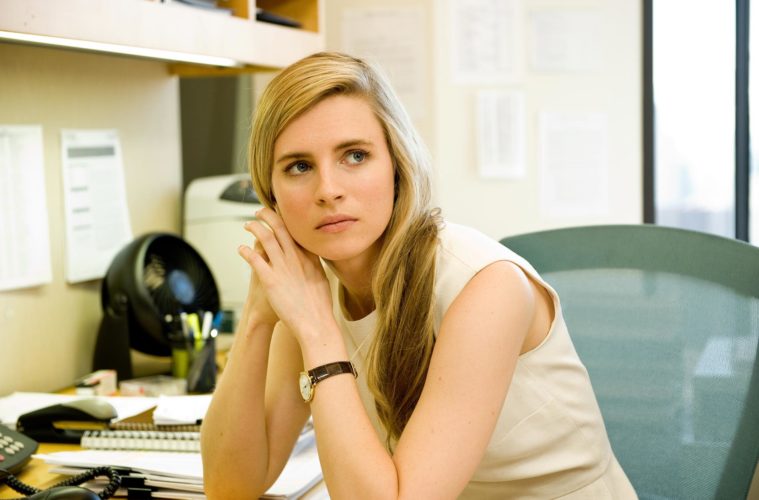 Two rising stars are conjoining for a little (onscreen) tryst, with Deadline reporting that Brit Marling (Sound of My Voice) and Jack Huston (Not Fade Away, Boardwalk Empire) are locked to topline writer-director Lulu Wang‘s “edgy dramatic comedy,” Posthumous. Not just funny. Not just dramatic. Not just edgy. All three.

Huston, a guy who can play damaged like it was his God-given duty, will be seen as “a struggling artist whose artwork skyrockets in value when he is mistakenly thought to have killed himself.” (That old maxim about being fully appreciated after your own days, I see.) Having finally attained some recognition that never came in “life,” Posthumous‘ protagonist goes about, simply claiming to be his own brother, until a reporter (Marling) “begins to show him the real value of life and art.”

A simple (maybe deceptively simple) set-up that, I think, could allow for two well-liked performers to bounce off one another. How well Wang acquaints herself with the dynamics of a screenplay or the visual execution of a scene is something about which, honestly, I can’t make any logical guesses. She’ll just have my basic trust at the outset. Another piece of major signage is reported by Variety, who tell us Elizabeth Banks will star for Steven Brill (Drillbit Taylor, Mr. Deeds) in his new comedy, Walk of Shame. Lakeshore Entertainment and Sidney Kimmel Entertainment are producing for FilmDistrict, the latter of which will distribute this Hangover-like comedy wherein the actress plays “an aspiring Los Angeles TV news anchor” whose failed audition leads to a night of partying — something that, itself “leads to waking in a stranger’s bed with no money, no car, no memory and a phone message from her agent that tells her she actually won the audition.”

The rest of Walk follows the character as she travels through some spotty Los Angeles areas to make it on the air by 5. That sounds a whole lot like some rejected plot thread from an episode of The Newsroom (Will’s Oxycodone habit puts Mackenzie in a twist!), though Banks is one of the more affable modern-day performers, comedy or otherwise. Brill, admittedly, has a habit of making terrible films, so Walk of Shame may need to strike a crucial balance between star and material to work.

Does either film have a sufficient-enough pedigree to work? Or, at least, build some anticipation?