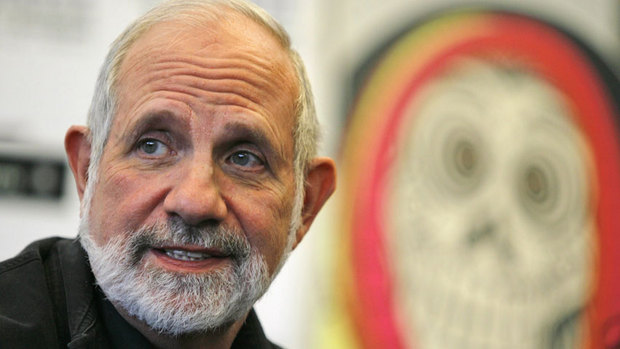 Update: Release date news removed at the request of the distributor.

In less conclusive news concerning one Mr. De Palma, a technically innovative interview that Daft Punk recently conducted with Pitchfork (via ThePlaylist) — you’ll understand that choices of words when clicking the link — reveals an unlikely meeting of cinematic and musical minds. It’s brief, but courts inquiry: helmet-wearer Thomas Bangalter — also known for his film-oriented work with Gaspar Noé — said the respective parties met up to “discuss some things,” albeit “things” that are not yet meant for our puny human ears.

The biggest connection, here, is Paul Williams, whose legendary career reached a unique point in a collaboration on Daft Punk‘s latest album, Random Access Memories, with the song “Touch”; tying this together — rather neatly, I think — is the group claiming to have been fans since his leading appearance in De Palma‘s wonderful Phantom of the Paradise. Based on all this, my own guess (for the little it’s worth) is that he directs a music video for “Touch,” featuring the performing artists and some Phantom homaging to go along with it. (They can go ahead and call it Swan Reborn.) That, or the group records the score to De Palma‘s upcoming Joe Paterno movie, which would at least hold the distinction of being the most horrifying thing anyone involved has ever done.

Are you disappointed that Passion will have to wait a little longer? Any impressions from this Daft Punk news?