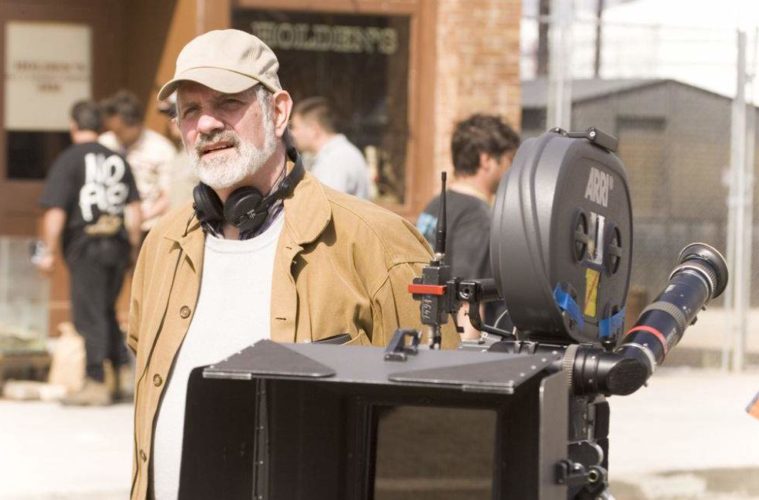 It’s been more than four long years since Brian De Palma‘s (mistreated) Redacted came and went, but it sounds like he’s making up for lost time. While we’ve known these past couple of months that he, Rachel McAdams, and Noomi Rapace were set to take on Passion, it’s being reported that he has yet another project in the pipeline, one that could begin shooting at the end of this year or the start of 2013.

As Deadline informs us, the filmmaker is making the unlikeliest of pairings with Jason Statham — and they’re remaking a Burt Reynolds movie while they’re at it. No, not Smokey and the Bandit — though I would pay so, so much money to see that — but Heat, a gambling-centered drama that’s been written by William Goldman, who was also behind the original film and novel. (Guess he knows that story inside and out.)

Produced by Sierra/Affinity — and going on the market at Berlin this week — Heat follows a “recovering gambling addict who makes his living providing protection on the rough edges of the gambling world. When a female friend is beaten by a high-rolling mobster, the enforcer kicks some ass and gets in over his head.” As you might expect from this star (but not necessarily this director), Heat will be an “elevated action-thriller” with hand and edged weapon combat. It sounds a little hokey for my taste, but, whatever; two De Palma movies in two years. That feels good.

You can read a press release on the project below:

JASON STATHAM TO RETEAM WITH SIERRA / AFFINITY AND STAR IN HEAT

LOS ANGELES, CA February 8, 2012 – Sierra / Affinity announced today that they will commence sales efforts in Berlin on the remake of the 1987 feature film HEAT with Jason Statham set to star and Brian De Palma directing the action film from a script adapted by two-time Oscar® winner William Goldman. Goldman also wrote the original screenplay of the 1987 version of the film which starred Burt Reynolds. Both the modern take as well as the film from the 80’s are based on Goldman’s novel of the same title. Steven Chasman will produce alongside Statham. HEAT will commence principal photography in France in late 2012 or early 2013.

This tightly-wound, fun action-thriller, tells the story of a tough recovering gambling addict (Statham) who makes his living providing protection in the rough edges of the gambling world. Statham’s character refuses to resort to gunplay, strictly using hand and edged weapon combat. When a dear friend is brutally beaten by a high-rolling mobster, he helps her get her revenge and he ends up in more trouble than he ever imagined.

Sierra’s Nick Meyer says “We are pleased to once again be working with Jason and Steve on another project which in this case is based on great source material from a rare combination of an acclaimed novelist who is also at the top of his game as a screenwriter. We look forward to bringing this elevated action-thriller from Brian De Palma to distributors around the world. We feel this project has it all—a first rate piece of material, a legendary director and a global action star.”

Later this year Statham will be seen in Sierra / Affinity and Incentive Filmed Entertainment’s highly anticipated release of PARKER which comes to theatres on October 12, 2012. Statham’s other film credits include THE TRANSPORTER series, THE EXPENDABLES, CRANK, THE MECHANIC, and THE BANK JOB.

Chasman’s credits include PARKER, THE BANK JOB, and THE TRANSPORTER 1, 2 & 3.

Goldman has written numerous films including those that won the Academy Award® for best screenplay, ALL THE PRESIDENTS MEN and BUTCH CASSIDY AND THE SUNDANCE KID, as well as other screenplays for the films MARATHON MAN, DREAMCATCHER and ABSOLUTE POWER among others.

Have you seen the original Heat, or read the novel? Is this the right team to tell the story again?