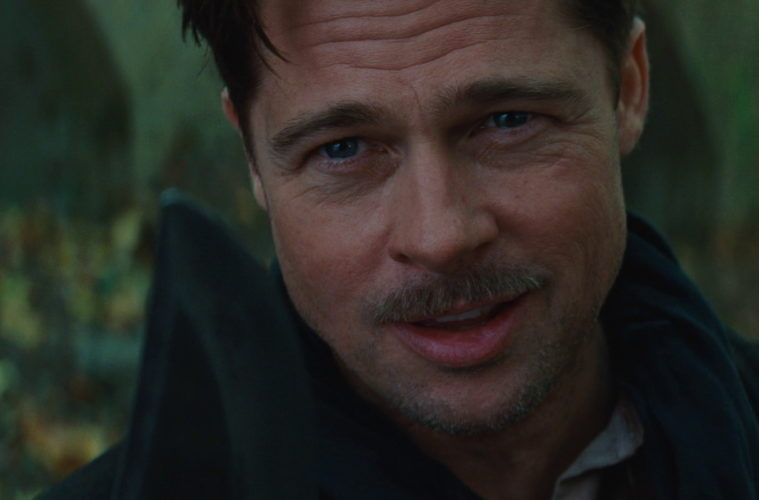 Quentin Tarantino may never get around to the Inglourious Basterds prequels or sidequels that have been mentioned in passing over these past few years, but those with the weirdly specific desire to see Brad Pitt in a World War II environment have more to come. While David Ayer will, sadly, be one to fulfill such a desire when his tank-oriented picture, Fury, arrives this fall, some more promising news has arrived from Deadline: the actor’s fancy has been tickled by a new, untitled screenplay from Steven Knight (Locke, Hummingbird) which is said to fall under the “romantic thriller” banner.

Does it immediately seize your attention? This, sadly, is as far as details go, save for some behind-the-scenes material regarding GK Films seeking a distributor, along with notice that “a big director will be set with an eye toward starting production early next year.” Look for more as it arrives.

In other casting news, Deadline tell us Topher Grace has been added to American Ultra, which has a cast led by Jesse Eisenberg, Kristen Stewart, and Uma Thurman. Nima Nourizadeh will direct a script by Max Landis (Chronicle), in which a pothead who lives a simple life in a small town with his girlfriend Phoebe, has his life turned upside-down when something from his past comes back to haunt him and the government wants to take him down. Going head-to-head with the lead, Grace will play “a hotshot CIA agent who has recently taken on seniority that has gone to his head, and power-hungry he begin a mission to kill a secret government asset.”

Do you hope to see Pitt fight the good fight once more? How would you say Ultra is shaping up?