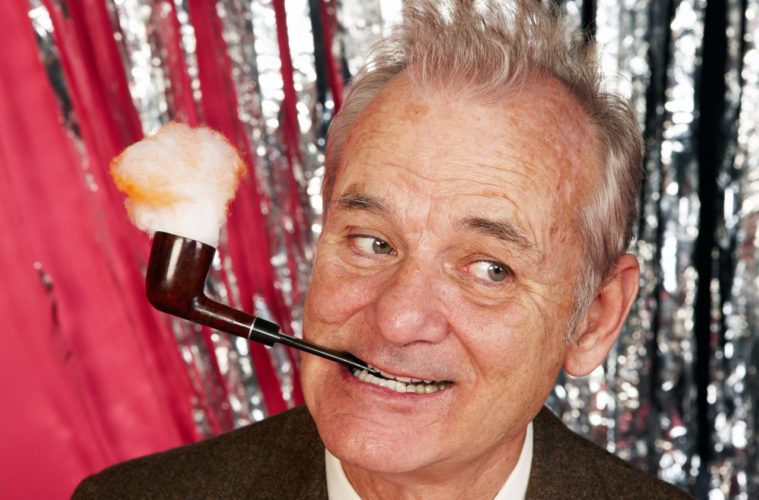 A former Monty Python member and a former SNL member would, normally, make good bedfellows, but Terry Gilliam and Bill Murray have gone far, far past those origins; other than having certain eccentricities — already a pretty broad categorization, anyway — they haven’t sprung up as possible creative collaborators for yours truly. But would I like to see them do something together? Good Lord, yes.

So it’s The Sunday Times (via BleedingCool) who get to be the bearer of good news, as their profile on the actor notes an offer, from Gilliam, to do some work on the latter’s next picture, The Zero Theorem. That this news emerges today is a little curious, considering the project’s post-production status, but BleedingCool are able to explain: the screenplay is one containing a multitude of voice roles (possibly one that appears over the phone, for instance). But Murray warned that his “inclination” could hold back from making it happen — which would be odd for a small voice role, but perhaps he isn’t up to going into a recording booth.

Having expressed a respect for Gilliam‘s work (and an affinity for the man himself), this doesn’t mean it can’t fall together before The Zero Theorem fully wraps. (Or the work could’ve already been done; the source indicates that this could be a way of announcing it in some unusual fashion. An interesting, if not exactly dependable idea.) Murray or no Murray, we should expect the high-concept picture to land sometime around the end of this year, with Christoph Waltz, Tilda Swinton, Ben Whishaw, David Thewlis, Melanie Thierry, Peter Stormare, Sanjeev Bhaskar, and a cameo-ing Matt Damon in the lineup. That assembly’s good enough for me.

Even with a small role, would you be happy to see Bill Murray and Terry Gilliam work with one another?