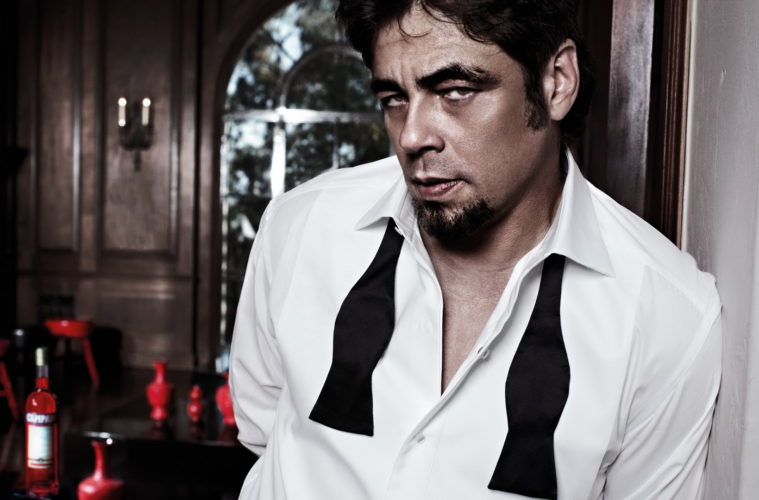 If you ask me — nobody did, but please don’t stop reading now — Benicio del Toro doesn’t get nearly enough play. Sure, the guy would be all over the place if he went and took the villain role in Star Trek 2 — but he didn’t and, therefore, isn’t. (We’ll know if that was a wise move in eleven months.) I take it as good fortune, then, when Deadline say he’ll grab the lead role in Jimmy Picard, a psychiatry-based drama from Arnaud Desplechin, director of 2008’s acclaimed drama A Christmas Tale.

He and that film’s star, Mathieu Amalric, will make a reunion on Picard, itself the story of returning WWII veteran Jimmy Picard, a Native American whose battle scars are unlike those typically encountered by doctors. A dire case gets a dose of hope at Topeka’s Winter Hospital, where “ethno-psychiatrist” Georges Devereux (Amalric) is able to tap into the debilitating effects inflicted upon Picard. Friendship soon follows.

Something like The Intouchables may come to mind when reading that outline — not that we’d necessarily raise our hands in objection — but, for a fan of del Toro and Amalric, such as yours truly, it’s difficult not to have Jimmy Picard strike even the smallest chord. For them alone, I’ll take any potential sappiness in total stride.

Gina McKee (The Borgias, In the Loop) is also starring. Why Not Productions will be producing Jimmy Picard; production begins on June 18th.

Deadline has also learned that Maroon 5‘s Adam Levine will make his acting debut in Can a Song Save Your Life?, a new music-centered drama from director John Carney (Once) and producer Judd Apatow. Levine‘s role, though small, sounds rather crucial: In the film, he’ll appear as the man who dumps Keira Knightley‘s singer character, an action that sets off a chain of events which soon lead her into the arms of a record producer (Mark Ruffalo). Together, they make music and kindle some romance.

While the singer-songwriter has no acting experience under his belt, I don’t know why it’d be a huge issue when this film, in its own grand scheme, probably doesn’t ask too much of him in the first place. All he has to do is leave some kind of impression, make the break-up feel crushing enough, and push Song forward.

Finally, a story (once again, from Deadline) has brought our first news of Kid Cannabis, a stoner comedy that will star Kenny Wormald (Footloose) and Jonathan Daniel Brown (Project X). John Stockwell (Dark Tide) adapted a Rolling Stone article for the film, a chronicle of two kids who decided to start smuggling marijuana between Idaho and Canada’s British Columbia. That might catch the eye of a few folks, but something about a pot movie from the director of Turistas, Into the Blue, and the aforementioned Halle Berry shark movie… doesn’t speak to yours truly. There’s nothing I can do about it.

Is the combination of del Toro and Amalric some acting dynamite? Will Levine bring anything interesting to Save Your Life? Are the early details on Kid Cannabis intriguing?