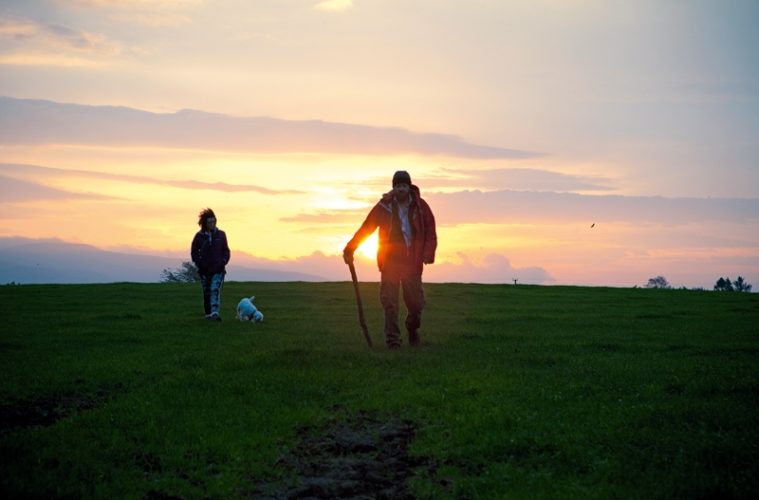 By now, it’s been well-established that this Ben Wheatley fellow’s as productive as he is eclectic. His second feature, Kill List, may have only hit VOD a couple of months back, but those lucky enough to be at Cannes are, right now, checking out his junior effort, Sightseers. If you were a fan of the former picture — judging by the reaction, it’s not unfair to assume this is the case — you’ll be happy to of hear Variety‘s report, wherein we’re informed that IFC will get into the Wheatley business once again, having acquired Sightseers for stateside distribution.

Written by its stars, Steve Oram and Alice Lowe, the dark comedy centers on a young couple whose trip across the English countryside is interrupted by “litterbugs, noisy teenagers, pre-booked caravan sites, and meddling relatives”; things might get bloody from there. StudioCanal, Big Talk Films, and Film4 are all behind Sightseers, while Edgar Wright is the executive producer. The latter’s mark can be slightly gleaned from this first clip, which promises an affair which should be, if not nearly as dark and oppressing as his last film, still left-of-center and sure to anger a few. We can expect a release later this year, more than likely through a mutual theater and VOD distribution.

But, of course, there’s more to come, with ScreenDaily learning that Film4 will be bringing his sci-fi film Freakshift to life; financing in place and shooting planned to get underway next spring. We told you about this one back in January — a time when it was, perhaps erroneously, considered an American movie — having said it’s “a police versus creature adventure picture that earns comparisons to the ’80s TV classic Hill Street Blues.” The actual plot concerns a chemical warfare suit-wearing police crew who go around and kill monsters — “massive half-monkey mutant things and loads of weird spiders” — that emerge our of the ground.

On a minor note, The Observer “overheard” — that it for what you will — that Wheatley is trying to make “an improvised English civil war drama.” I suppose, all things considered, that it could be interesting but, as ThePlaylist noted, he also has the Nick Frost and Michael Smiley-led “slightly psychedelic knock-about comedy” I, Macrobane on the table, too. If his Civil War piece sparks your interest, a wait may be in store — thankfully, we sure know he can work at a quick clip.

Were you a fan of Kill List, and is Sightseers in your field of vision? How does Freakshift sound?