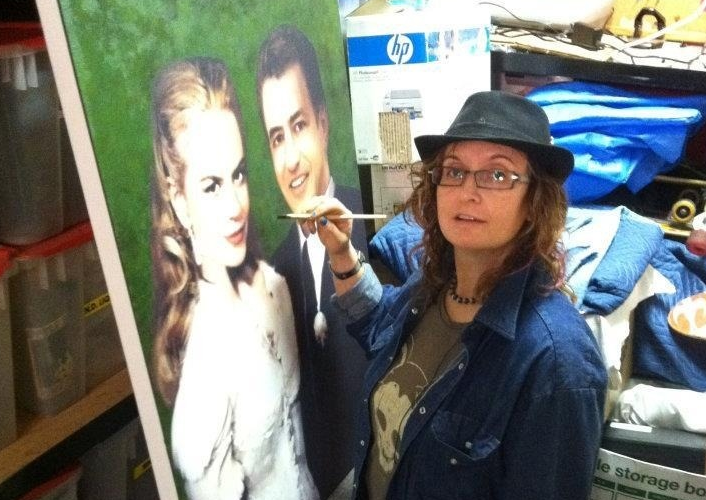 Getting the jump on his South Korean filmmaker brethren when it comes to an English-language debut, Oldboy director Park Chan-wook entered production on his drama Stoker last summer. (I Saw the Devil‘s Kim Ji-woon has The Last Stand with Arnold Schwarzenegger coming early next year and Bong Joon-ho’s Snow Piercer is shooting this spring.) As for the drama written by Prison Break star Wentworth Miller, it has been painfully quiet on distributor Fox Searchlight’s end.

Starring Nicole Kidman, Dermot Mulroney, Mia Wasikowska, Matthew Goode, Lucas Till, Ralph Brown, Jacki Weaver, Alden Ehrenreich and Phyllis Somerville, no release date is and we hope the swirling rumors of a Cannes 2012 debut become true, but today we finally have a few tidbits. First up, Goode spoke with Digital Spy about the film, confirming it has nothing to do with Bram Stoker himself, only that this is a quasi-horror film in the vein of Shadow of a Doubt.

In the film, Wasikowska’s father perishes in a car accident (the funeral being the opening shot of the film, seen below) and her perviously unknown Uncle Charlie (Goode) makes a visit to stay with the family, including her mother (Kidman). As Wasikowska’s character gets more attached to this mysterious man, things start to unravel as people go missing. Previously dealing with vampires and violent revenge, I’m insanely intrigued at what Park Chan-wook can bring with a seemingly more straight-laced drama, as evidence of its high placing on our most-anticipated films of the year list.

One can see Goode speak about the film below in the video clip and we’ve also got some behind-the-scenes photos from blogs on Cine21 and Naver. While these are low-quality and in no way a hint of Chan-wook’s vision, they do provide a first peek at Nicole Kidman and Dermot Mulroney in the form of a painting. We also get our first look at some of the sets and locations in the film, including the bedroom and sandbox area of the house, as well as a yellow schoolbus. And as previously stated, we get a set photo of the opening shot of the film, the funeral procession. Check them out below and more at the sources. Expect news of Stoker‘s possible Cannes debut soon and a release by the end of the year.