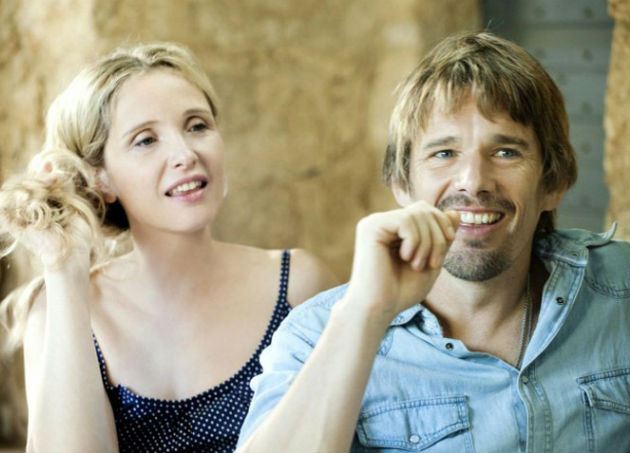 Since this is one of the most-anticipated films of 2013, there’s no point in beating around the bush. As it were, ERCBoxOffice have learned that Richard Linklater‘s Before Midnight, starring none other than Ethan Hawke and Julie Delpy, will open on May 24th in New York and Los Angeles, courtesy of Sony Pictures Classics. You’ve possibly heard of the project in question: a trilogy topper that’s not only been anticipated for somewhere around nine year, but also sounds to have surpassed hype. Be patient, because I think this one is going to spread pretty wide in the weeks after its initial opening.

ERCBoxOffice have more news in this vein, tweeting that Woody Allen‘s 115th feature, Blue Jasmine, is coming to either side of the respective coasts on July 26th. As was reported last month, its plot revolves around “the final stages of an acute crisis and a life of a fashionable New York housewife.” While I don’t know, either, I also don’t care when it’s an on-again, off-again great working next to Alec Baldwin, Cate Blanchett, Bobby Cannavale, Louis C.K., Michael Stuhlbarg, Andrew Dice Clay, Sally Hawkins, and Peter Sarsgaard. We’ll learn the rest when we need to learn the rest.

More auteurs, more New York / Los Angeles releases, more ERCBoxOffice: next, Pedro Almodóvar‘s I’m So Excited, lands on June 28th. I use the word “lands” because I’m so funny, since the picture tells of dangers experienced when a passenger-filled airplane experiences some in-flight trouble, and how effeminate airline attendants solve that through song and dance. Javier Cámara (Talk to Her), Cecilia Roth (All About My Mother),Lola Dueñas (Volver) José María Yazpik (The Burning Plain), Carlos Areces (Extraterrestrial), and Raúl Arévalo all star; Antonio Banderas, Penélope Cruz, and Paz Vega make cameo appearances.

Two smaller items have come in. First, from Variety, it’s reported that DreamWorks and Fox’s animated Mr. Peabody and Sherman has been shifted from November 21st, 2013 to March 7th, 2014; set to hit a week later was Me and My Shadow, which has since gone without a date. On a different scale, CBS Films tweeted that Jon Turteltaub‘s old man comedy, Last Vegas — with Robert De Niro, Morgan Freeman, Michael Douglas, and Kevin Kline — though originally slated to hit on December 20th, now arrives November 1st.

Have you already forgotten the two films that aren’t directed by Linklater, Allen, or Almodóvar?