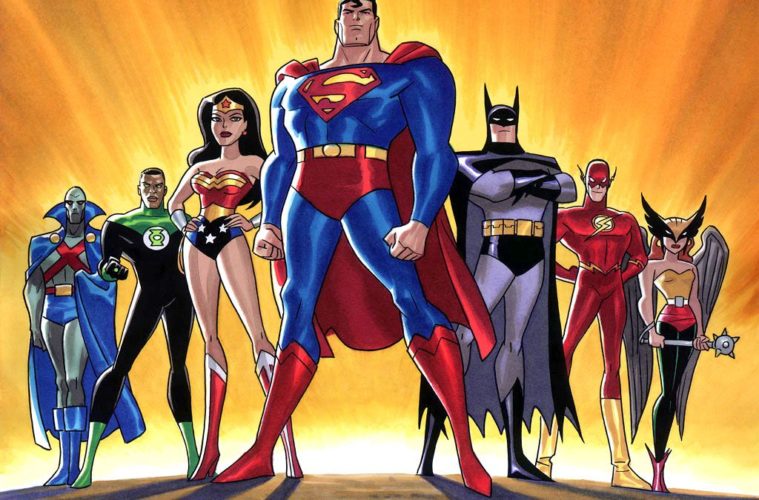 Batman Being Rebooted After ‘The Dark Knight Rises’; Justice League Movie Planned For 2013 Even though there’s Superman, The Flash and Green Lantern on the way, DC Comics’ film department is going to take a big hit after Christopher Nolan‘s Batman trilogy ends next summer with The Dark Knight Rises. But a story at The LA Times makes it clear what their post-Nolan/Bale plan is for the caped crusader, and how they’ll compete against Marvel and The Avengers.

Warner Bros. president Jeff Robinov was quoted as saying that a Justice League movie is coming in 2013, with a script currently being worked on. This is pretty surprising news when you think that no development has been publicly discussed on such an ambitious project; we usually hear about something like this (such as The Avengers) many years ahead of time, not a mere two.

George Miller had planned a film centered around the group of superheroes – Batman, Superman, Green Lantern, The Flash and Wonder Woman – several years ago, but things like the WGA strike killed the project. Armie Hammer has even publicly stated that he would’ve played Batman, and that the entire film was storyboarded out. Is it possible that they’d just use the template established for the cancelled movie? I don’t see it being an impossibility. Scripts for The Flash and Wonder Woman are being planned, and they “could be spun off into their own movies after Justice League.” The rate at which this is being developed is almost kind of shocking, and I wonder if it’s being done a little too quick. At the same time, I can’t imagine a project as big as this one coming together that soon and it turning out well; right now, I’m chalking this project up to a “maybe.”

Robinov also revealed what I’ve suspected for a while: Batman will be rebooted after The Dark Knight Rises is released. Not a big surprise, due to Nolan’s big success with that character and the forthcoming Spider-Man reboot that Marvel shocked everyone with.

Fans of the Nolan series might be happy to hear that he’ll be involved in a certain capacity. He was quoted as saying the following:

“We have the third Batman, but then we’ll have to reinvent Batman…Chris Nolan and [producing partner and wife] Emma Thomas will be producing it, so it will be a conversation with them about what the next phase is.”

And I’m happy that they’re taking this direction; the current Batman series consists of probably the best superhero films yet produced, and it would be counterproductive to keep the character going in his current incarnation without the main creative force behind it.

I’d think that this new Batman would be related to the version of the character we’ll see in Justice League. Using it as a launch pad for their “next generation” of superheroes isn’t the worst idea in the world, and I actually like that better than taking the culmination route that Marvel plans for The Avengers.

It was recently announced that Fox would be moving forward with a fourth and fifth X-Men, and that shows Hollywood’s desire to hold on to old properties as long as they can, further exemplified here. WB’s approach at least makes sense, because the desire for more movies about the X-Men characters set up in the original trilogy is pretty low. At least with Batman people have (and will) continued to pay to see the character.

What do you think of a Justice League movie happening this quickly? Do you want a Batman reboot after Nolan is done with the series?