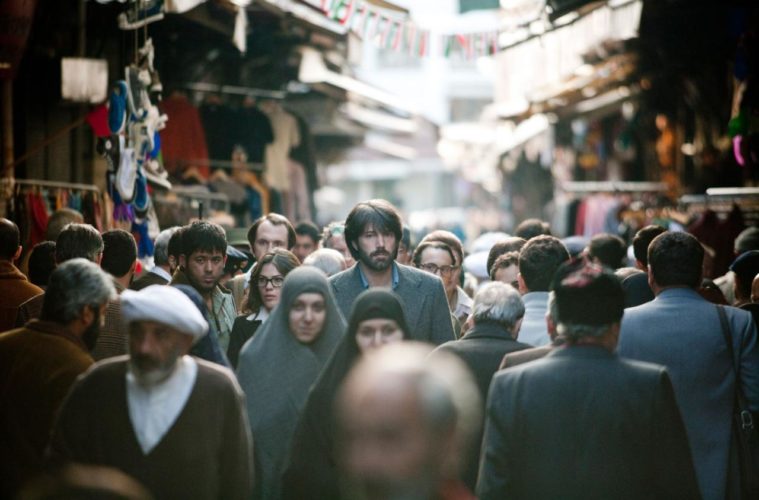 If Ben Affleck had landed a Best Director nomination with the Academy, Argo would be named among the two or three likeliest Best Picture winners of this season — but he didn’t, so it hasn’t been. Dual Golden Globe wins, as handed out by an entirely different voting body, amount to nothing more than some nice encouragement during the hunt for Oscar gold. In the cold, hard town of Hollywood, consolation doesn’t amount to any more than a hill of beans.

But with the Producers Guild of America handing their big title (the Darryl F. Zanuck Award for Outstanding Producer of Theatrical Motion Pictures) to Argo — specifically (and obviously) its producers: Ben Affleck, George Clooney, and Grant Heslov — last night, while doing so over seven of the eight Best Picture nominees, things look, perhaps, bit different. (Caveat: I’m no awards prognosticator, nor do I consider it to be a great title to even hold. Actually, my guess is as good as anyone’s.) But although the last five PGA winners did, in fact, go on to take Best Picture statues… that director slot casts a big shadow. How do you recognize the film, and still not the man who did the most to make it possible? This is all so stupid, isn’t it?

Also making a case for its own competition are Searching for Sugar Man and Wreck-It Ralph, respective victors in the documentary and animation categories. So long as Pixar isn’t rewarded for half-baked, second-tier attempts at fantasy, the silliness of competitive marketing will have been worth something in the end.

You can read the list of film winners and nominees below (via THR):

The Award for Outstanding Producer of Animated Theatrical Motion Pictures:

The Award for Outstanding Producer of Documentary Theatrical Motion Pictures:

If you follow awards races, how does this sudden shake-up change your own perspective on it?