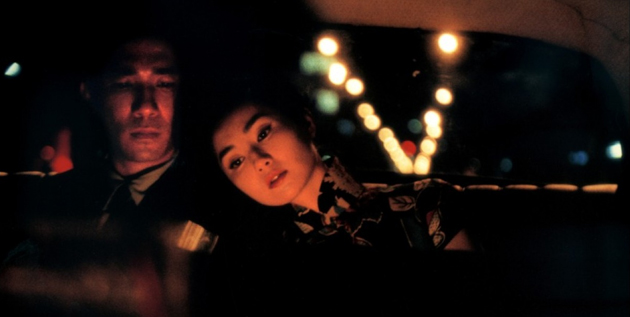 Are These the Best Films of the 21st Century? Only published once a decade, last fall we got Sight & Sound’s update on their Greatest Films of All-Time list, and their top 50 made way for just two films from this century, Wong Kar-wai’s In The Mood For Love and David Lynch’s Mulholland Drive. While that round-up polled around 850 critics, They Shoot Pictures, Don’t They? aimed for a wider range and we got their results earlier this year, with a list topped by Citizen Kane. Now the site, which also compiles other polls from critics and directors such as ones from Slant Magazine, Senses of Cinema, Rotten Tomatoes, The Village Voice, Martin Scorsese and much more, have delivered their list of the 21st Century’s 250 Most Acclaimed Films.

Featuring the two aforementioned films at the top, Michael Haneke has the most films on the list with five, while Werckmeister Harmonies and The Tree of Life were the biggest movers, going from 74th to 5th and 37th to 6th, respectively. While there are more questionable inclusions as we get further down (notably Crash, as well as some 2012 films that will likely drop off in upcoming iterations), the top 50 is (mostly) a great representation of must-watch work, so take a look at that rundown below, with a full list on their official site.

1 In the Mood for Love
2 Mulholland Drive
3 Yi yi
4 Spirited Away
5 Werckmeister Harmonies
6 The Tree of Life
7 There Will Be Blood
8 Caché
9 Russian Ark
10 Eternal Sunshine of the Spotless Mind
11 Tropical Malady
12 Crouching Tiger, Hidden Dragon
13 Blissfully Yours
14 Talk to Her
15 Punch-Drunk Love
16 The Death of Mr. Lazarescu
17 Platform
18 WALL·E
19 Dogville
20 Far from Heaven
21 A History of Violence
22 The Hurt Locker
23 City of God
24 Zodiac
25 The Gleaners & I
26 The Royal Tenenbaums
27 Artificial Intelligence: AI
28 Y tu mamá también
29 A Separation
30 Uncle Boonmee Who Can Recall His Past Lives
31 No Country for Old Men
32 Melancholia
33 Dancer in the Dark
34 The Social Network
35 Sideways
36 The White Ribbon
37 The Son
38 Lost in Translation
39 4 Months, 3 Weeks and 2 Days
40 Requiem for a Dream
41 Memento
42 Million Dollar Baby
43 Colossal Youth
44 Before Sunset
45 Brokeback Mountain
46 Syndromes and a Century
47 Elephant
48 The Turin Horse
49 Inland Empire
50 Pan’s Labyrinth

Check out the full list over on their site.

Are your favorite movies of the 21st Century on the list? What would you add/remove?