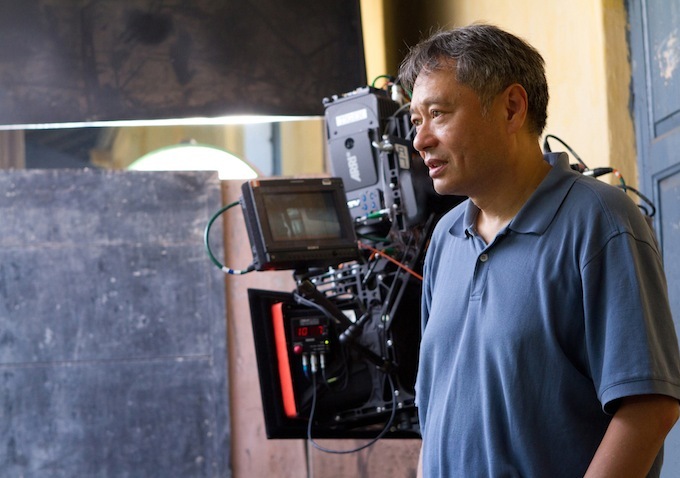 While most of this year’s Academy Awards ceremony went according as planned, one of the few surprises came with the Best Director category. With the helmer of the eventual Best Picture winner out of the picture, the race seemed down to Steven Spielberg for Lincoln and Ang Lee for Life of Pi, with David O. Russell having an outside chance. While I had pegged the helmer of the historical biopic to win, it was the man who took us on a lavish 3D journey that picked up the prize, but now in an odd turn of events, Lee himself may be taking over a biopic of a different sort for Spielberg.

According to a report over on Deadline, the Lincoln director has dropped out of the Moses story Gods and Kings over at Warner Bros after flirting with the idea for the last few years, and is solely focusing on the delayed blockbuster  Robopocalypse. And yes, Ang Lee is the man who is intrigued in the project, but has yet to officially discuss with executives (let him have a bit of a vacation). This situation sounds somewhat familair to his expressed interest on another epic, Cleopatra, but we haven’t heard anything regarding that film.

This WB project comes from a script by Michael Green and Stuart Hazeldine and is said to be a “real warrior story” as we follow the figure from the baby in the basket to a near-Israel death, with all of the Biblical happenings in betwen. The studio is looking to move fast on this project, in order to compete with Fox’s rival take of Exodus, with Ridley Scott attached. We’ll have to see who beats who to the punch, but one thing is for sure: the cinematographer for Gods and Kings will surely not be Christopher Doyle.

Would you like to see Lee take on a Moses story?