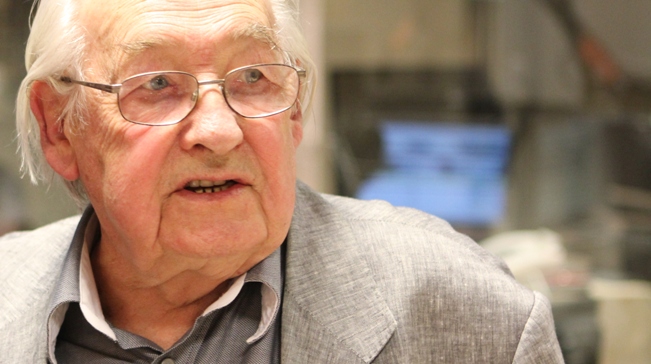 A new Andrzej Wajda film, Walesa: Man of Hope, premiered at fall festivals to almost no attention or consideration, and in the nearly six months since first hitting screens has it still failed to secure any sort of U.S. distribution. While it sounds as if he hasn’t lost the touch for socially revealing and formally enveloping investigations of his nation’s complicated history, we might still hope that what’s to follow will find more success in its domestic business dealings — but a biopic centered on a Polish painter might not send buyers into hysterics, either.

With financing coming from the city of Lodz, FilmNewEurope inform us Wajda has decided to next focus on the life and career of artist Władysław Strzeminski, a contributor to Constructivism and Unism, as well as a voice so fiercely independent that, in 1952, he died of starvation following a refusal to follow emerging trends in the realm of artistic academia. The writer-director’s own encounters with the man some 60 years ago may inform the screenplay, however “challenging” it’s said to prove for a man to whom challenges seem hardly evident. (Look no further than one of his best war pictures, Kanał, itself among the most suffocating films yours truly has ever seen.) Development on this one should be quiet for the time being; regardless, we’re hoping something momentous is announced before long. Changing gears — and probably not to an insignificant extent — TheWrap report that CBS Films’ The Stand has found yet another director. After losing Scott Cooper (Out of the Furnace) over creative differences (most likely involving the rating) and supposedly seeking a relatively high-profile set of people — Cary Fukunaga, Paul Greengrass, Denis Villeneuve, and Daniel Espinosa were all mentioned — the job has now gone to Josh Boone, whose biggest exposure yet should come when The Fault in Our Stars arrives this June. This, after directing Stuck in Love, which features a cameo from none other than Stephen King himself.

In perhaps striking a compromise between rating and scope, everyone’s plans involve a bit of condensation: the 1,000-word-plus text is, somehow, looking to be squeezed to a single, R-rated film — one certain victory for the adaptation process and one possible struggle. How Boone manages to pull off a work “that will be faithful to the book,” as the story states, will, if nothing else, be interesting to see attempted.

Are you glad to see Wajda move forward with the next picture? Any thoughts on this Stand replacement?