And Then We Danced Trailer: Acclaimed Gay Romance Arrives this February 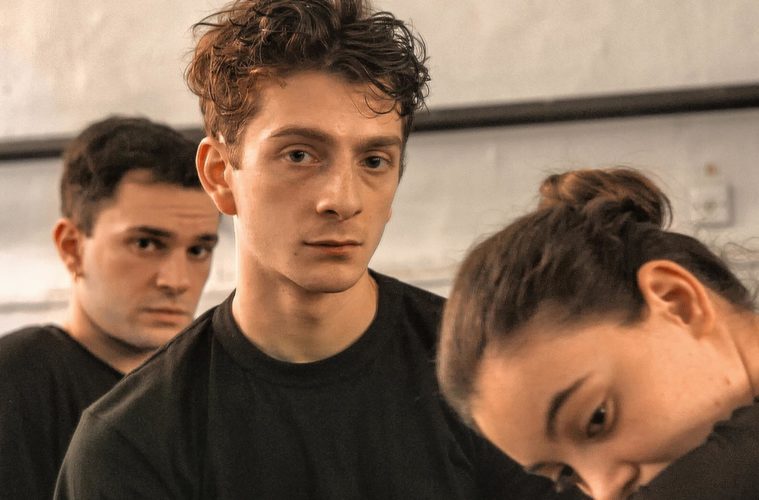 An official selection at Cannes Directors’ Fortnight and Sweden’s entry for Best International Film at the 92nd Academy Awards, And Then We Danced has earned much acclaim during its festival run along with some controversy in its filming locale of Georgia, where it prompted protests due to its gay themes. Music Box Films has now unveiled the first U.S. trailer for Levan Akin’s film ahead of a stop at Sundance an February 7, 2020 release; just in time for Valentine’s Day.

Described as an electrifying and spellbinding tour-de-force, the story conveys the trials that consume young Georgian dancer Merab (Levan Gelbakhiani) and his homosexual identity places him at odds with his conservative Georgian background and the hyper-masculine tenants that pervade traditional Georgian dance. He’s been training for many years to become a professional with his female dance partner Mary (Ana Javakishvili), but the arrival of a new rival Irakli (Bachi Valishvili) signifies the awakening of his long-repressed desires as his Irakli evolves from rival to become his lover.

Jude Dry lauded the film in her review at IndieWire, saying, “We learn that hyper-masculinity is one of the central tenets of Georgian dance, although it only became so in the last 50 years. By framing his (Akin) gentle coming-of-age tale around such a traditional piece of Georgian culture, he has made an inherently political film, and rendered it in sensitive terms with a celebratory spirit, not to mention a culture rarely seen onscreen. It’s one of the year’s best gay films.”

A passionate tale of love and liberation set amidst the conservative confines of modern Georgian society, AND THEN WE DANCED follows Merab, a devoted dancer who has been training for years with his partner Mary for a spot in the National Georgian Ensemble. The arrival of another male dancer, Irakli—gifted with perfect form and equipped with a rebellious streak—throws Merab off balance, sparking both an intense rivalry and romantic desire that may cause him to risk his future in dance as well as his relationships with Mary and his family.