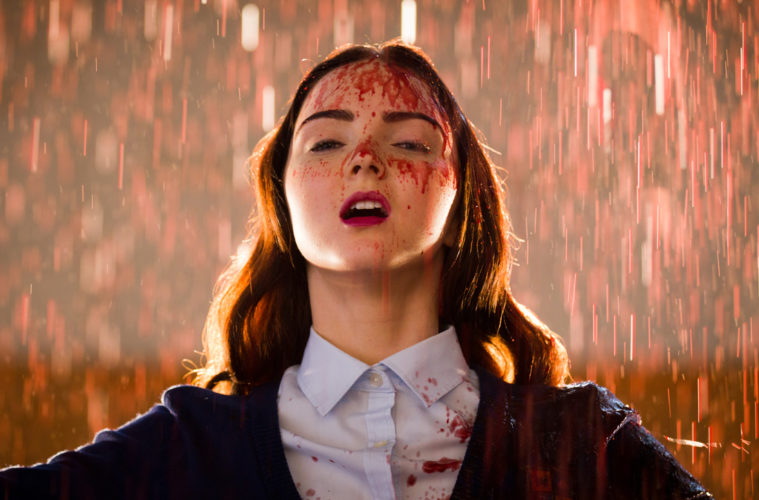 After a more than six-year break from the feature scene — following The Notorious Bettie Page‘s flatlining — Mary Harron has come back with The Moth Diaries, a film which also serves as a return to the horror days of American Psycho. Should the first trailer (via Yahoo!) be any indication, though, audiences are getting something much more supernatural and gothic than the story of a murder-happy yuppie.

Will it be as good? That might be an unfair expectation to set in the first place, but I still can’t help and be a little underwhelmed by the initial footage. We could peg this reaction on several things: An apparent lack of creative deviations from cliched plot points, acting that’s a bit… well, stiff, or even just something as basic as bland framing. Go with whatever rings truest to you because, no matter what, it’s hard to take this preview as all too encouraging.

Here’s a poster that premiered over at ThePlaylist: Synopsis: Adolescence is and always will be a time of intense emotional confusion, especially if you spend it in a closed environment. That’s the case with Rebecca, a young girl haunted by her father’s suicide, who is a student at an exclusive female boarding school. She pours her heart out in a diary, much of it focused on Lucy, her beloved roommate. Their relationship changes drastically with the arrival of a mysterious new student, Ernessa. As Lucy abandons her for this new girl, Rebecca becomes consumed with thoughts of jealousy and suspicion — Ernessa is dangerous, evil, a vampire. Is there any truth to all this or is Rebecca slipping into insanity?

Starring Sarah Bolger, Scott Speedman, Sarah Gadon, and Lily Cole, The Moth Diaries will have a digital release on March 2oth, followed by a theatrical opening on April 20th.

Do you find yourself interested by this first trailer?