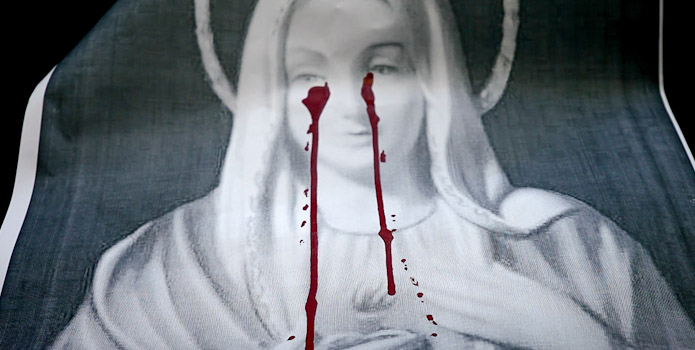 Alex Gibney Exposes the Vatican In ‘House of God’ Trailer Director Alex Gibney has made an awards-filled career by exposing the wrongdoing of those in power — Enron, Casino Jack, Client 9, and the Oscar-winning Taxi to the Dark Side — so his next target, while not much of a surprise, should still ruffle some papal feathers.

The Catholic Church’s reprehensible, shameful handling of molestation cases will get a new profile in his dramatically-titled Mea Maxima Culpa: Silence in the House of God, whose trailer has just arrived from the official TIFF website. Now, most documentary trailers follow the same pattern — establish, shock, present main crux as falling action, end on ambiguous note — though, this early on, I’m still fairly “into” what’s being presented here. (If need be, you can partially blame that on my own interest in the subject.) The topic is important, Gibney can do this kind of exposé well, and the discussions generated could mean something.

You can see the preview below:

Synopsis: Academy Award®–winning documentary filmmaker Alex Gibney (Taxi to the Dark Side) explores the charged issue of pedophilia in the Catholic Church, following a trail from the first known protest against clerical sexual abuse in the United States and all way to the Vatican.

Does it appear as though Gibney has found another good topic to cover in House of God?