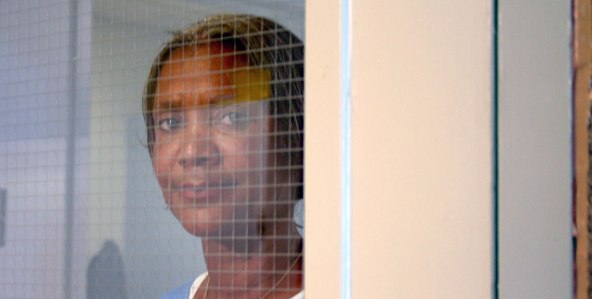 I’ve expressed a strong, unwavering distaste for remaking documentaries as narrative features for some time now — but, as it is, here we are. 1492 and ro*co (ro star co? ro asterisk co?) productions have announced (via press release) that they’ll be combining forces to do just this, with their first effort being Crime After Crime.

Based on Yoav Potash‘s documentary of the same name — which premiered at Sundance last year — Crime tells the story of Debbie Peagler, a domestic violence victim who was “incarcerated for her connection to the murder of her abuser.” The story then focuses on how, two decades later, “a pair of rookie land-use attorneys cut their teeth on her case, attracting global attention to the troubled intersection of domestic violence and criminal justice.”

So, with all the acclaim and awards showered upon Crime during its various runs and debuts, you’d think the story works fine as is, right? Well, 1492 president Michael Barnathan stated that it actually “has great potential as a narrative feature” — which, all things considered, might be true. But it exists as a documentary, and, by most accounts, showed its potential as a documentary. At least it isn’t based on a comic book, I guess.

You can read a press release on this below (via Deadline):

January 21, 2012 – The production arm of ro*co films international, ro*co productions, announced today in Park City that they will be partnering with 1492 Pictures (producers of such films as THE HELP and HARRY POTTER) to adapt documentary films into motion picture dramas. The first film of the new partnership is slated to be the award winning, CRIME AFTER CRIME, a Yoav Potash documentary which premiered at the 2011 Sundance Film Festival.

CRIME AFTER CRIME is the compelling film that follows two attorneys, fresh out of law school, as they fight an uphill battle to free Debbie Peagler from prison 20 years after she was sentenced to life behind bars for her role in the murder of the man who abused her. CRIME AFTER CRIME, which had its television debut on OWN: Oprah Winfrey Network last fall, has earned 15 major awards, including the Freedom of Expression Award from the National Board of Review.

“We are very excited about working with ro*co and Yoav to adapt CRIME AFTER CRIME into a dramatic feature film,” said Michael Barnathan, president of 1492 Pictures. “This extraordinary documentary has great potential as a narrative feature film. We have made films that began as ideas, books, plays, and screenplays. While this will be our first documentary-to-dramatic-feature adaptation project, we certainly hope it is not our last. ro*co has an uncanny ability to find and attract great documentary works and filmmakers.”

“At ro*co, we work with our filmmakers to maximize opportunities for their documentary films,” said Annie Roney, founder and managing director of ro*co films international. “That’s why we have partnerships with broadcasters in the US and abroad, as well as an educational division to create a different kind of box office in classrooms and on college campuses across the country. Finding the right partner to adapt these documentary narratives to the big screen was our next quest. Working with 1492 Pictures, we know that these real life stories will become celebrated motion pictures.”

The deal was negotiated by Sue Turley for ro*co films international and Michael Barnathan for 1492 Pictures.

The public formal announcement will be made on Saturday evening in Park City at the Sundance Film Festival at the ro*co films/International Documentary Association reception celebrating documentaries, including four films in the festival being distributed by ro*co films: THE ATOMIC STATES OF AMERICA, THE INVISIBLE WAR, THE LAW IN THESE PARTS, and WE’RE NOT BROKE.

Do you also find the practice of turning documentaries into narratives a little odd? Is there potential in this project?