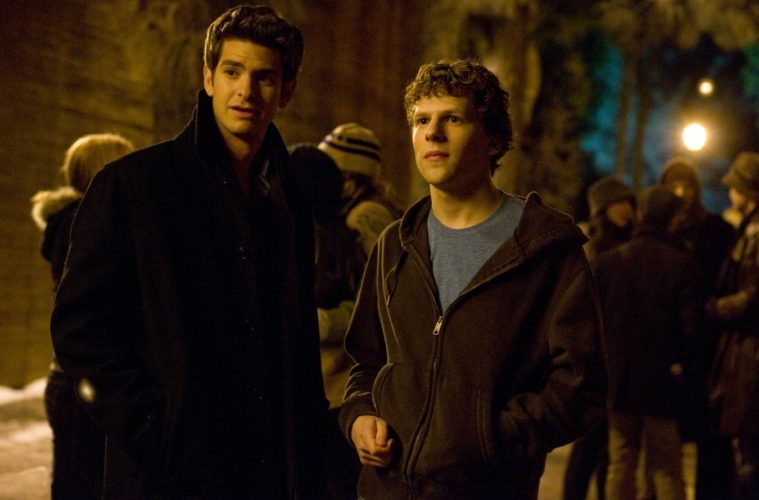 Even though I put it as my favorite film of 2010, and with a third viewing at home confirming its status as such, I’ve yet to actually buy The Social Network on Blu-ray. Other than the fact that I’m a stooge, I can’t imagine why; it’s a great movie with what are supposed to be great features, as well as cool packaging (something I’m an absolute sucker for). One of the features for the movie that’s said to live up to the standards of David Fincher’s home video releases is the making-of documentary How Did They Ever Make a Movie of Facebook?, detailing the film’s production.

It’s over at IMDb (via BadassDigest) in what I’m fairly certain is an Oscar promotion, and sadly doesn’t appear to be embeddable. Not that clicking on a link is that big of a chore, but this might scare some people away from watching it. I’m actually listening to the documentary as I type this, and I can tell just from doing this that it’s a pretty comprehensive, honest look at the whole thing (not that this should be a big surprise, but Fincher sounds like he can sometimes be a dick). Interviews with the aforementioned director, screenwriter Aaron Sorkin and actors Jesse Eisenberg and Andrew Garfield, along with footage of all of these people working together, really pulls back the curtain on this incredible film. If you’re like me and haven’t bought the movie yet, I’d recommend taking a look at it when you get the chance. Click the image below to see part one. Have you seen this documentary? What did you think of it, and of The Social Network in general?