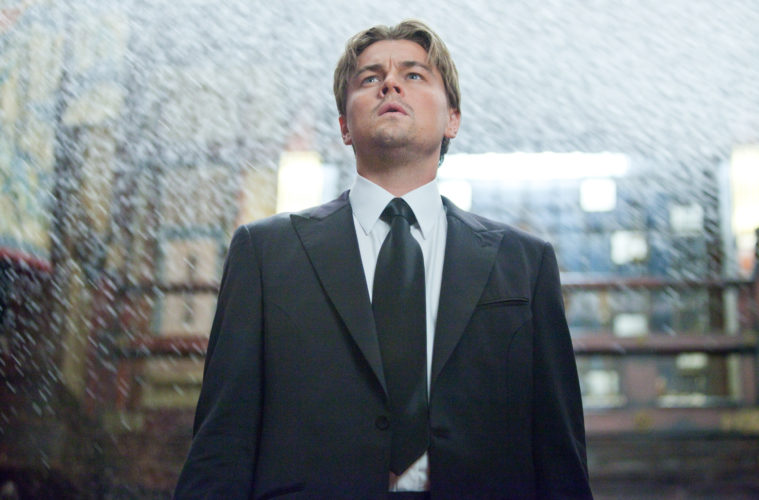 ‘Inception’ and ‘The Social Network’ Winners at WGA Awards As we march ever closer towards the Academy Awards, the smaller ceremonies that give us an idea of what to expect at the biggest awards show of them all continue. Tonight, the WGA (Writer’s Guild of America) Awards were handed out, and the winners are…kind of who you’d expect.

And those people who you’d kind of expect to be winners are Aaron Sorkin, claiming the Best Adapted Screenplay award for The Social Network, based on Ben Mezrich’s nonfiction book The Accidental Billionaires. Nabbing the award for Best Original Screenplay was Christopher Nolan, for Inception. Additionally, Charles Ferguson picked up the Best Documentary Screenplay award for his film Inside Job.

The other nominess in the Adapted Screenplay category were Danny Boyle and Simon Beaufoy for 127 Hours; John Requa and Glenn Ficarra for I Love You, Phillip Morris; Peter Craig and Aaron Stockard and Ben Affleck for The Town; and Joel and Ethan Coen for True Grit.

Also nominated in the Original Screenplay category were Mark Heyman, Andres Heinz and John McLaughlin for Black Swan, Scott Silverand Paul Tamasy& Eric Johnson for The Fighter, and Nicole Holofcener for Please Give.

Documentary nominees were Rob Lemkin and Thet Sambath for Enemies of the People; Stanley Nelson for Freedom Riders; Josh Fox for Gasland; Michael Zimbalist and Jeff Zimbalist for The Two Escobars, and John Scheinfeld for Who Is Harry Nilsson (And Why Is Everybody Talkin’ About Him)?.

My acquaintance with the films nominated in the Documentary department is, sadly, less than nil, so I’ll just focus on Adapted and Original. And even when focusing on them, I don’t have too much to say about their victories; I love both films, and happen to think they’re both deserving winners, so it makes me happy. Some have said that Inception is a surprise win over The Kids Are All Right and The Fighter, but I’m glad it beat out both. Kids had what I consider to be a pretty mediocre screenplay all-around, and The Fighter worked as well as it did because of the lead performances, and not necessarily what was on the page.

Determining how much this predicts the night of February 27th has to at least be somewhat based on past history. For the previous three years, Original Screenplay winners at the WGA Awards went on to win the Oscar, while the winner in the Adapted Screenplay category with the WGA have consistently won the same prize at the Academy Awards over the past several years. Again, I’m happy about both wins, so you won’t hear any complaints from me.

What do you think of these wins? Anything else you would have preferred to see be victorious?